When I was 11 years old – that would be 1948 – it was an election year.  In those days, caucuses were held in private residences.

I lived on South Sherman Street in Denver and a house across the street was the polling place for the Democrat caucus.  I was curious and asked my Mother what a “polling place” for the District number shown on the sign outside of the house meant.  I asked if she and my Father would be attending.  I was one of those kids who constantly asked questions.

I didn’t know Democrats from Republicans in those days.  I must admit, I don’t see much difference between the two parties today, either.  They are both run by the same globalists who manipulate power back and forth for their own benefit and to the detriment of the people of America. In my view, both political parties are totally corrupt.

Back to 1948:  My Mother informed me that I had to be in the house by dark and that I could not go outside that night... we usually played hide and go seek, Simon Says, or kick the can after dinner.  “None of that tonight,” she told me.  When I asked why, she informed me that there would be numerous strangers coming and going from my neighbor’s house that evening and Democrats were people whose moral standards were “different from ours.” When I asked what that meant she explained that Democrats were the kind of people who might abuse little girls.

We didn’t say the word sex in the good old days and so Mom’s explanation was lacking in details, but she said enough to give me the idea that I might be stolen by someone who was part of a political party different from that of my parents and they might be inclined to do things that would ruin a child’s life.

My Mother was raised on a small farm that bordered the city limits of Indianapolis, IN.  There were many times during her childhood when there was insufficient food for her and her five brothers and sisters.  She was born in 1909 and was a child when the Great Depression began.  They grew much of their own food.  She told my brother, sister and I about cooking turnips in a large pot over the fireplace.  One night someone shouted that the water in which the turnips were being cooked was gone and they would burn.  Her brother, Paul, jumped up and spit in the pot to keep the turnips from burning... they didn’t have indoor water, and had to get it from a pump outside the kitchen door which took a couple of minutes.

How Mom ended up a Republican, I’ll never know.  She came from a poverty-based background which today would automatically make her a Democrat... or a socialist or a communist.

I remember when, during WWII, FDR went to meet with Stalin and Winston Churchill at Yalta, Mom said “That old bastard gave America away at Yalta!”  I didn’t know Yalta from Malta and so didn’t pay much attention but she was so vehement when she made the statement, it stayed with me.  When I became politically aware, I found she was right.  Mom had to quit school after the 8th grade which, from personal observation, is about the same as an undergraduate degree from colleges and universities these days.  I do not believe most teachers or professors could pass the test she had to take to graduate 8th grade.

Over the years, there have been many things to remember about both political parties.  Interestingly, the thing that stands out most in my mind is the $200,000 in valued property that was stolen from the White House in 2000 by Bill and Hillary Clinton when they moved out and George W. Bush moved in.  They were forced to return the stolen goods and unless I’m mistaken had to pay for some of the damages their White House staffers did.

I remember how those who worked for them destroyed the computer room, stole laptops, etc.  In my mind, that somehow was a far worse offense – stealing from the people of the country who paid their salary and gave them respect neither was due – than all of the other things attributed to the Clintons.

It totally puzzles me that anyone would vote for someone who has stolen from them... or, who attempted to steal from them and would have had they not been caught in the act.  To vote to put them in a position where they can steal you blind, is, in my outdated view, unthinkable.

Mother’s assessment of Democrat moral values, it seems, was as accurate in the 1940s as it is in 2016.  Here’s a reminder of the days we all enjoyed when the Clintons last called the White House home:

• President Clinton gave Hillary authority to handle health care reform.  The program she created was so messed up that even a Democrat-controlled Congress wouldn’t vote for it.

• President Clinton gave Hillary authority to select a female attorney general and she submitted the names of Zoe Baird and Kimba Wood.  Both were forced to withdraw their names because of their backgrounds.  Hillary next recommended what Bill Clinton later called his “biggest mistake:” Janet Reno.  Those, who remember the Koresh killings in Waco, TX and Vicki Weaver/FBI sniper at Ruby Ridge, ID will quickly see the kind of people Mrs. Clinton tends to respect and appoint to office.

• President Clinton then requested Hillary to recommend the new head of the Civil Rights Commission.  She put forth the name of Lani Guanier – whose radical views forced a withdrawal of her name.

• President Clinton asked Hillary for more recommendations.  She provided these names:  Web Hubbel (of Whitewater fame) for the Justice Department, Vince Foster for White House staff, and William Kennedy for Treasury.  As you probably know, Hubbel went to prison, Foster committed suicide (then drove himself to Ft. Marcy Park to hide his body), and Kennedy was forced to resign.
• Then we had “Travelgate.”  Hillary wanted her friend, Harry Thomason, to provide travel tickets, circumventing the White House Travel Office.  The Travel Office refused to comply and it cost them their jobs when Hillary made false charges against them to the FBI and got them fired.  A guy named Billy Dale was charged with mixing personal and White House funds and it took a jury less than two hours to find him innocent.

• Hillary recommended her friend Craig Livingstone to be Director of White House security.  Remember the 900 missing FBI files – the files that provided classified information on enemies of the Clintons?  The material also dealt with widespread use of drugs by White House staff... at which point, both Hillary and Bill denied even knowing Livingstone.  As a result, the FBI closed its White House Liaison Office (which had served seven Presidents).  It was during this time frame Republican elected officials stopped representing the interests of the people, who elected them and began doing the bidding of the Democrat Party.  Do you see a possible connection to those stolen FBI files... stolen by a Clinton appointee recommended by Hillary?

• When the allegations of Bill’s sexual appetite came to the fore, Hillary was put in charge of the “Bimbo Eruption” team.  In case you’ve forgotten, Hillary recommended non-settlement in the Paula Jones lawsuit – which, after the Ken Starr investigation, was quietly settled (costing American taxpayers millions of dollars).  Anyone who thinks it is pro-feminist to be an enabler for a male abuser of women (even if the abuser is your husband) has a different definition of pro-feminism than most thinking women.  Women who support this woman for President are not feminists.  They are traitors to women and to women’s causes.

• Hillary refused to release the Whitewater documents.  As a result, Ken Starr was appointed Special Prosecutor.  It cost taxpayers $80 million to find out about Bill Clinton’s sperm on Monica Lewinski’s blue dress.  Bill was caught lying about his affairs which he later admitted to... but lost his license to practice law (thank you, Lord) for lying under oath to a grand jury.

• Hillary avoided being indicted for perjury and obstruction of justice by using the words “I do not recall,” or “I have no recollection” and “I don’t know” 56 times during her interrogation.

• And then we have Benghazi, destroying Department of State emails, and using a personal server which threatened and still threatens our national security and the lives of intelligence agents (plus the possible trading of government favors for contributions to the Clinton Foundation).

How can the Democrats make their candidate for the Presidency someone who doesn’t appear to be the brightest candle on the cake (she flunked her Bar exam at least once or twice and passed it only after Bill was in office in Arkansas), whose associates haven’t heard of a law they didn’t want to break, who has a record of dishonesty, has bad judgment, and, according to the Secret Service, has an absolutely foul mouth?

None of the above includes the list of dead bodies which are linked to the Clintons or the drugs and laundered CIA drug money at Mena Airport while Bill Clinton was Governor of Arkansas.

Still, being forced to return an estimated $200,000 in White House furniture, china, and artwork that was listed as “stolen”, defines Hillary Clinton’s character to me... or, more accurately stated, defines her complete lack of character and moral values.  It’s not that the other things don’t disgust me... they disgust me beyond belief.  Then there is her record as Secretary of State.  What record, you may ask?  And there, as Mr. Shakespeare might say, “is the rub.”  Even those who support her, cannot think of anything she actually accomplished.

Only one Democrat, Hillary Clinton, did all of those things listed above, but all Democrats appear to accept them.  See how insightful my Mother was in 1948? Clinton, a woman who supports women's causes she says, supports late-term abortion and crunching unborn baby parts while in the womb so a healthy liver or pancreas can be harvested from a helpless unborn body so it can be sold; she’s the one, who did the lying about the email server and Benghazi, but is supported by a majority of Democrats and will win that party’s nomination to be the President of the United States (if the FBI doesn't get her first).  That should tell you something about your Democrat friends and businesses you support.

And we wonder why the world has no respect for our country?

There is no cure for stupid.

Marilyn MacGruder Barnewall began her career in 1956 as a journalist with the Wyoming Eagle in Cheyenne. During her 20 years (plus) as a banker and bank consultant, she wrote extensively for The American Banker, Bank Marketing Magazine, Trust Marketing Magazine, was U.S. Consulting Editor for Private Banker International (London/Dublin), and other major banking industry publications. She has written seven non-fiction books about banking and taught private banking at Colorado University for the American Bankers Association. She has authored seven banking books, one dog book, and two works of fiction (about banking, of course). She has served on numerous Boards in her community.

Barnewall is the former editor of The National Peace Officer Magazine and as a journalist has written guest editorials for the Denver Post, Rocky Mountain News and Newsweek, among others. On the Internet, she has written for NewsWithViews.com, World Net Daily, Christian Business Daily, Business Reform, and others. She has been quoted in Time, Forbes, Wall Street Journal and other national and international publications. She can be found in Who's Who in America, Who's Who of American Women, Who's Who in Finance and Business, and Who's Who in the World.
at 20:30 Комментариев нет:

We the People are Mad as Hell!!

We the People are Mad as Hell!!

Watch this: it's worth 10 times our government officials.

We The People Stimulus Package
at 18:49 Комментариев нет: 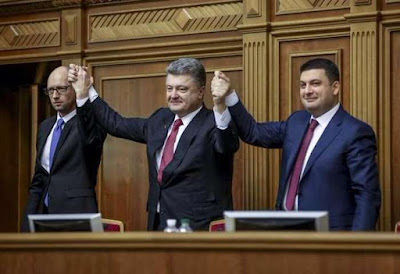 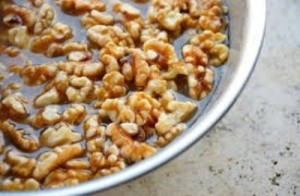 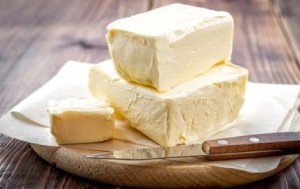