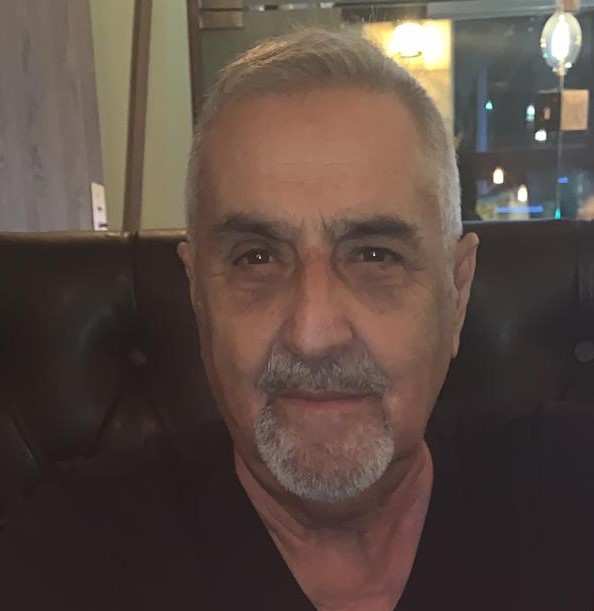 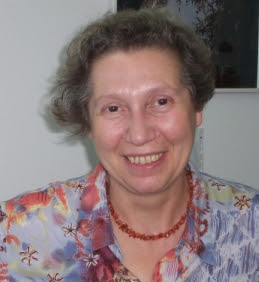 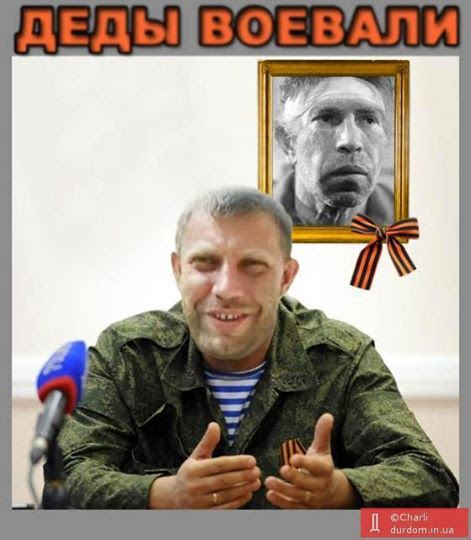 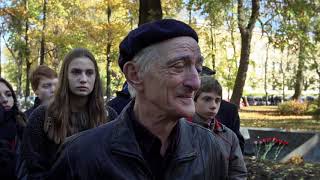 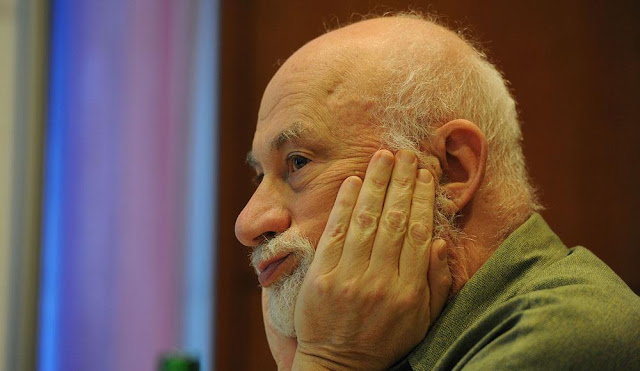 In the last hundred years, civilization has experienced two failures - Russian and German, and now it is watching in horror the approaching third - American. It is possible to single out the particular reasons for each of them, but there is a general one. This reason nests in the dominant doctrines of upbringing and education in these failed societies.

Education begins with fairy tales. In Russian and European traditions, it was believed that a child should be frightened as much as possible in childhood. Russian baba Yaga eats children. There is Kashchei the Immortal to match her. The Brothers Grimm and Charles Perrault, (author of “Cinderella) told scary fairy tales - in them children were devoured by giants, and parents could easily take their children to the woods to be eaten by wild animals.

The most Russian of the fairy tales - about Emelya, whose desires were fulfilled "at the behest of a pike," inspired in kids a dream to live a luxurious carefree life of doing nothing. The Russian literary leaders and teachers of the people in 19th century  pointed the way to this happy future: Chernyshevsky[Unknown A1]  called the people "to take an ax", Nechaev founded the "Society of People's reprisal", Bakunin and Kropotkin became theorists of anarchism, and ESERs  (the Social Revolutionaries)  practiced terrorism. Lenin, communist leader called for the establishment of the dictatorship of the proletariat and the expropriation of the expropriators, in other words - to take everything from those who have and divide it up between those who have not. Adepts of progressive ideas, leaving their class, carried these ideas to the people. The Narodniks, Social Democrats, propagated in workers' circles.

Great Russian writer Bunin[Unknown A2]  reported in “Cursed Days” about the most famous of these “teachers”, Alexandra Kollontai:[Unknown A3]  “She once looked like an angel. In the morning she got dressed in the most unpretentious dress and rode to the slums where the workers lived - “she went to work”. Upon returning home, she took a bath, put on a little blue shirt, grabbed a box of chocolates and cuddled up with her girlfriend in bed:  "Come on, friend, now let's have a good chat!"

The monstrous atrocities of the revolution and the Civil War in Russia can be explained by the fact that the country did not know the Renaissance with its humanistic ideals. Germany is another matter. The local national socialists of the thirties worked for their people, united them with the Nazism ideology, the aggression of which was directed outside, at others. In Soviet books, they wrote a lie that Nazism was the ideology of the petty bourgeoisie, shopkeepers, butchers. Historian Paul Johnson, in his book “The Intellectuals”, reports that the Fuhrer's most ardent supporters were students and schoolteachers. The latter taught their pupils not class hatred, but racial hatred. On the whole, with their Renaissance, they got no less ferocious then Russians.

Modern American pedagogy has rejected overseas educational methods. Children in the United States are protected from the cradle from every cruelty and any encounter with violence - both in life and in books. It is clear - no "Brothers Grimm" for them!  American teachers create conflict-free fairy tales for children. This is how the current generation of young people, called the “generation of snowflakes” for their sensitivity, lives, stepping from kindergartens to schools, and from there to colleges and universities, with illusion, and then with the demand for a conflict-free world around them. In the American educational space, new concepts have emerged: "micro-aggression" - something insignificant, which, if desired, can be considered aggression directed against minorities, which include everyone except heterosexual white men; "Safe space" - a place where the student is guaranteed to be protected from the danger of hearing something that may upset him; trigger-warning that the student's "safe space" is in danger. For example, when the instructor is going to tell biology students that wolves eat hares. This can be frustrating for vegetarians and animal advocates. The "culture of abolition" is adopted by "snowflakes" - this is when a professor, thinker or writer who carries views not shared by the "snowflakes" is "abolished" - banished from life - professional and social - by united efforts. It’s clear that jokes are prohibited, since a joke may contain something that may offend someone. And it takes truly little to offend a "snowflake". Therefore, Halloween outfits suddenly became a cause of a scandal in Yale University.

According to this description, one might get the impression that a touchingly tender, defenseless generation has grown up in America. Not so. "Snowflakes" are extremely aggressive when something can disturb the crystal palace of political correctness and progressive values ​​they have created. Several years ago, a liberal sociology professor invited the distinguished scientist Charles Murray to give a lecture to her students. Murray was one of the authors of the classical study “The Bell Curve” on the uneven distribution of intelligence among human races. Murray managed to escape safely from the angry crowd of students, but the professor who invited Murray was less fortunate - some "snowflake" tried to remove the scalp from her, grabbing her hair with both hands. The professor required medical help.

In general, the educational process in American universities has acquired the opposite dynamics: now it is not the professors who decide what to teach the "snowflakes", but they choose what they agree to study. If you try to teach them something that does not correspond to their "snowflakes" idea of ​​"safe space", then you can share the fate of the injured professor.

In early 2016, I published an essay, "American Universities as Grand Inquisitor," on the indoctrination of students by leftist professors. This essay is out of date today. Now the "snowflakes" students themselves are throwing out even leftist professors from universities, if the leftism of those is not what they need. One of these unfortunate people came to complain about his fate to channel "Fox" known to be “right wing” - who else will listen to him? "Of course, you voted for Hillary in the last election?" - the presenter asked the professor, wanting to make sure that the professor was from the “left.” “Of course not,” he replied. “I’m progressive,” which meant voting for some extreme socialist or environmentalist.

A special place in the ideology of American youth - a category expanded today for everyone under 40 - is occupied by the fight against the "white privilege" - the innate guilt of white-faced, it is assumed - men, which consists of their success in science, culture, entrepreneurship, management, success that humiliates the rest. Noel Ignatiev, the ideologist of the “new left” suffering from “white privilege”, planning to destroy the white race, made an exception for women: “Some brothers love to have white women. After all, white females can be used to reproduce.”

The Cultural Revolution [Unknown A4] taking place in the United States is assembled from parts of the Russian, Chinese and German Revolutions. From the first "snowflakes" they learned aggressiveness and anarchism, from the second - the totality of indoctrination of youth, and the American struggle against the "white privilege" is inverted Nazism. The doctrine of the guilt of the white race in its dominance in culture, science, economy is no less absurd than the hatred of the Nazis for the Jews who gave Germany the religion, the national poet and the greatest achievements in many areas of life.

It is disappointing that all attempts of pedagogy to overcome past failures - the education of idealist terrorists in Russia, Nazis in Germany, Red Guards in China - only lead to new failures. It seems that in America they took into account the mistakes of the past and raised their children on a different basis. But for some reason now in the USA the youth of Antifa and BLM have grown up with the same hatred for the wrong race as among the German stormtroopers, for culture - like among the Red Guards, for dissidents - like among the Bolsheviks. We can say that all these ideologies, including current progressivism, are anti-religious. So, after all, we do not miss the Holy Inquisition too much. This is some kind of enchanted science doomed to failure - pedagogy!

In the late 1960s, Lord Chesterfield's “Letters to the Son”, according to Voltaire - "the best thing ever written about education" was published in Moscow. Students of the psychology department of Moscow State University rushed to buy this great pedagogical work. I quickly yearned for the letters themselves, but with interest I learned that Chesterfield, the son, to whom the letters were addressed, grew up unlucky and died at 36, having not distinguished himself in anything worthy in our world. And this is a typical fate of the children of great pedagogue, who usually grew up useless.

Particularly surprising is the fate of the children of Jean-Jacques Rousseau, the author of the theory of the natural development of the child, which he outlined in the book "Emile, or On Education". “Everything is fine when it comes out of the hands of the Creator: everything deteriorates in the hands of man” - wrote the great pedagogue and suggested not to interfere with the process of education, leaving it to nature. This expression of extreme pedagogical pessimism is fraught with the production of a savage.

Rousseau gave his five children to an orphanage so as not to interfere with his work. The inmates of these orphanages, wrote Paul Johnson, had two ways: to the churchyard or to vagrants. It is not surprising that, according to Jean-Jacques's biographers, he was killed by his wife, who gave birth to these unfortunate children.

However, mankind had one genuinely great teacher. 33 and a half centuries ago, Moses, over 40 years of wandering in the wilderness, raised from the crowd of former slaves whom he brought out of Egypt, grumpy idolaters - a great nation. A significant part of the descendants of the people created by Moses still remain faithful to his lessons.

According to Maimonides[Unknown A5] , one of the 13 principles of Judaism is faith in the coming of the Messiah. Mist is his intended role.

Maimonides believed that the Messiah would win the wars and gather Jews in the Land of Israel. The Israelis have miraculously won their wars. And current events in the United States could bring the last large Jewish community from Galut (Jewish Diaspora) to Israel, completing the gathering.  Messiah, or Mashiach as Jews call him, must restore the Temple. Nothing prevents us now, without waiting for him, to do this work ourselves.

Perhaps the Mashiach will bring us the art of pedagogy? In this case, all Israelis will become worthy of the messianic time in which we live, and our youth will not be buzzing about with black flags at night, suspiciously reminding their American peers of Antifa and BLM.

[Unknown A1]Nikolay Gavrilovich Chernyshevsky was a Russian revolutionary, materialist philosopher, writer, editor, critic, and socialist. He was the leader of the revolutionary movement of the 1860s, and had an influence on Vladimir Lenin, His most important work was a novel “What is to be done” 1863.

[Unknown A2]Ivan Alekseyevich Bunin was the first Russian writer awarded the Nobel Prize for Literature. He was noted for the strict artistry with which he carried on the classical Russian traditions in the writing of prose and poetry

[Unknown A3]Alexandra Mikhailovna Kollontai was a Marxist revolutionary and theoretician, first as a member of the Mensheviks, then from 1915 on as a Bolshevik.

[Unknown A4]The term is used here ironically (also called also called the Great Proletarian Cultural Revolution). It refers to a political movement  initiated by Mao Zedong China from 1966 to 1976 to purge the Communist Party of his opponents and instill revolutionary values in the younger generation.

[Unknown A5]Moses ben Maimon, commonly known as Maimonides and also referred to by the acronym Rambam, was a medieval Sephardic Jewish philosopher who became one of the most prolific and influential Torah scholars of the Middle Ages. In his time, he was also a preeminent astronomer and physician.