A member of Congress recently undressed President Obama’s Middle East policy as “illegal” and “counter-productive” because it is “arming our enemies which are radical Islam” and trying to take down a bulwark against that enemy in Syrian dictator Bashar Assad.

The potential for a “wider conflict,” potentially World War III, is real.

The fact that such a strong rebuke came from a female Democrat from the blue state of Hawaii makes it even more noteworthy.

Tulsi Gabbard, D-Hawaii, said the U.S. and Russia are on a collision course over Syria that could result in World War III if not de-escalated.

Wolf Blitzer asked her how that collision could be avoided.  Her answer was as follows:

“Very simple.  The U.S. and the CIA should stop this illegal and counter-productive war to overthrow the Syrian government of Assad and should stay focused on fighting against who our enemy is, the Islamic extremist groups,” she said.  “Because right now we’re seeing why this is counter-productive, by working towards that end, by working toward the overthrow of Assad we are not only strengthening our enemy, the Islamic extremists, who will walk in and take over all of the country Syria, right now they have about half of the country under their control, but it also puts us in that position of a potential direct head to head conflict with Russia which brings us to the brink of a potential larger conflict, a potential World War III situation.”

Gabbard is a member of the House Armed Services and Foreign Affairs committees and a combat veteran of the Iraq War.
She said the U.S. Syrian intervention is illegal because there has never been a vote by Congress to authorize the use of force to overthrow a sovereign government.
“So the American people have not had a chance to speak their voice, that hasn’t happened.  Therefore it’s illegal,” she said.

And while Obama has refused to use the word “Islamic” or “Islamic terrorism,” Gabbard repeated the phrase several times to Blitzer during the eight-minute interview on CNN.
“And secondly it’s counterproductive because right now U.S. arms are getting into hands of our enemy, al-Qaida, al-Nusra, these other groups, Islamic extremist groups, who are our sworn enemy,” she said.  “These are the same groups who attacked us on 9/11 and who supposedly we’re trying to defeat and yet at the same time supporting them with these arms to overthrow the Syrian government.”

“If the U.S. were to take the advice of Hillary Clinton and others and establish a no-fly zone within Syria, that would set up a direct confrontation with Syrian and Russian forces and lead to a potentially much wider conflict,” Gabbard said.

Blitzer asked if Gabbard was not concerned about the "barrel bombing" Assad has done against his own people and the refugee crisis.

She said the people the Russians are attacking on the ground, the groups Obama, Sen. John McCain, R-Ariz., Sen. Marco Rubio, R-Fla., and others refer to as "moderate Sunni rebels," are in fact "the same people who attacked us on 9/11."
Russians should be supported, not confronted.
Gabbard agreed the Russians were doing the U.S. a favor by bombing these rebel groups.

"They are working toward defeating our common enemy.  When you look at the groups who are on the ground there, the most effective fighting groups, they are predominantly ISIS, al-Qaida, al-Nusra and these other Islamic extremist groups – they make up the vast majority of these so-called Syrian rebels," she said.  "They are the most effective force who has gained the most territory, so the people who they are attacking and the Russians are dropping bombs on, are these al-Qaida people who are our enemy, people who attacked us on 9/11."

Clare Lopez, vice president for research and analysis for the Center for Security Policy in Washington, said Gabbard is correct in most of her analysis but perhaps doesn't go far enough.

Lopez called Obama's Middle East policy "so muddled" that its response has been to send aid to both sides in the civil war.
"In my assessment, the Obama administration does not really want to overthrow the Assad regime because it supports the survival – and indeed, hegemony – of the Baghdad-Beirut-Damascus-Tehran axis," Lopez said.

For the same reason, essentially in deference to Tehran's agenda, Obama doesn't go after the Islamic State in any seriously determined way because Tehran needs the IS to legitimize its own expansionist geo-strategy for the region, Lopez said, including solidifying its interventionist policy in both the former Iraq and the territory of the former Syria.
She said White House advisers – the Muslim Brotherhood on one side, the Iran lobby on the other – have caused Obama to provide support to both sides.

"We'll recall that the CIA base of operations in Benghazi, Libya, was shipping SAMs to Turkey for overland delivery to al-Qaida and Muslim Brotherhood-dominated Syrian rebels as far back as 2012," Lopez said.

"Reps. Gabbard and Scott also are correct that the CIA has been involved in providing aid, arms, funding and training to jihadist militias from camps located in both Jordan and Turkey, along the Syrian border.  These groups, just like the Iranian regime itself, are in no way, however, 'extremists,' but rather comprised of the most devout and faithful of all Muslims, who have answered the call to jihad that is obligated by Islam."

The bottom-line comment, said Lopez, is that it is critical for U.S. leaders to understand the concepts of Islam, jihad and Shariah.  Once that becomes clear, it becomes obvious that the enemy is not just ISIS or whatever the brand name of the day may be – it is Islamic jihad.

"There is a global jihadist movement that is once again in our time resurgent and that spans the gamut of our Islamic terrorist enemies, be they Shiite or Sunni," Lopez said.  "The mullahs' regime in Tehran as well as its axis allies among Hezbollah, in Baghdad, Beirut and Damascus are every bit the jihadists that Islamic State fighters are and need to be confronted with equal determination." 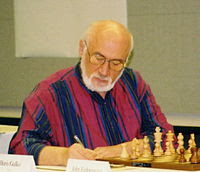 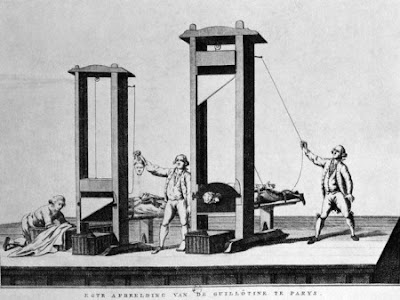 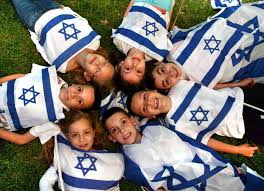