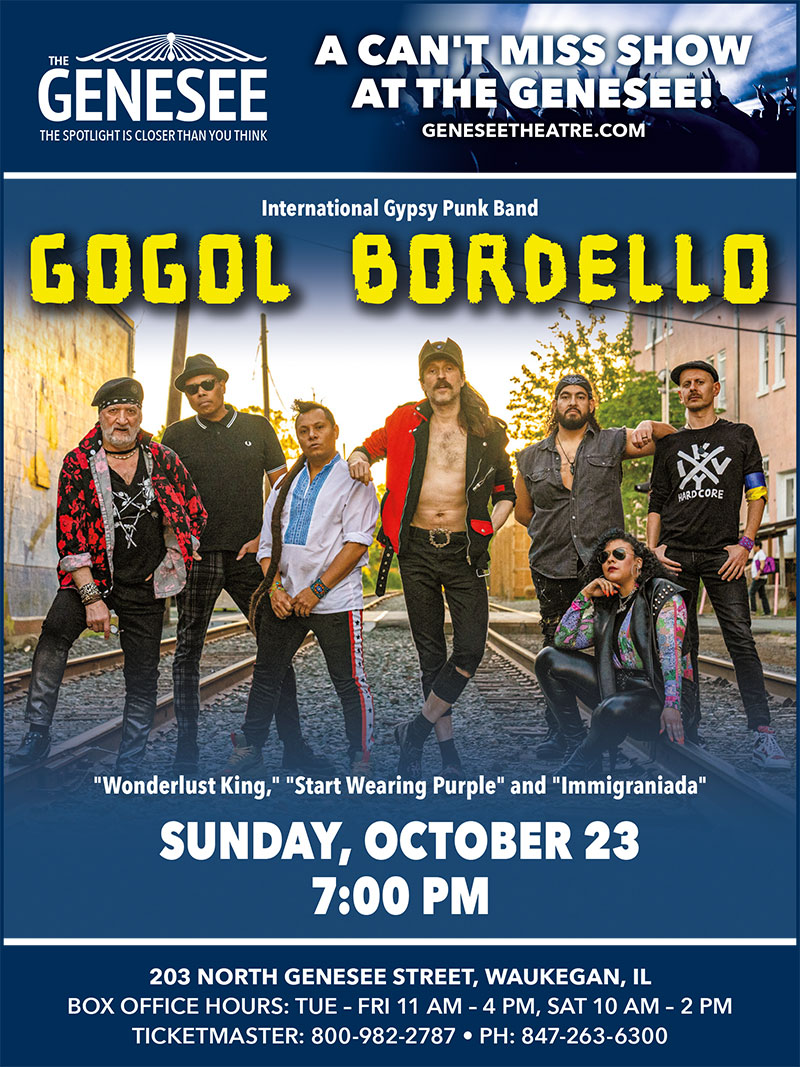 Infamously rambunctious and party-centric, Gogol Bordello is a true spectacle. Formed in 1999 by frontman Eugene Hütz, this self-described gypsy punk band knows how to put on a show.

The group’s supercharged music is based on a gypsy two-step rhythm with the gritty aggressiveness of hard rock and punk. Imagine guitar, bass and drums combined with traditional instruments played at breakneck speeds with drum interludes and acoustic forays, just to help you catch your breath.

They’re like The Clash meets the Gipsy Kings. And it works!

For tickets visit the Genesee Theatre Box Office,GeneseeTheatre.com or call 847-263-6300