I know that The Hague International Court of Justice and the courts of several European countries are collecting the evidence of crimes against humanity by Putin’s army, and I am confident that such trials will eventually take place. However, shouldn’t we, the journalists, act while these decisions are being made? As a professional journalist, a member of the Union of Russian Journalists since 1962 and WGA East since 1985, I propose to all my fellow journalists to take a part to my project: 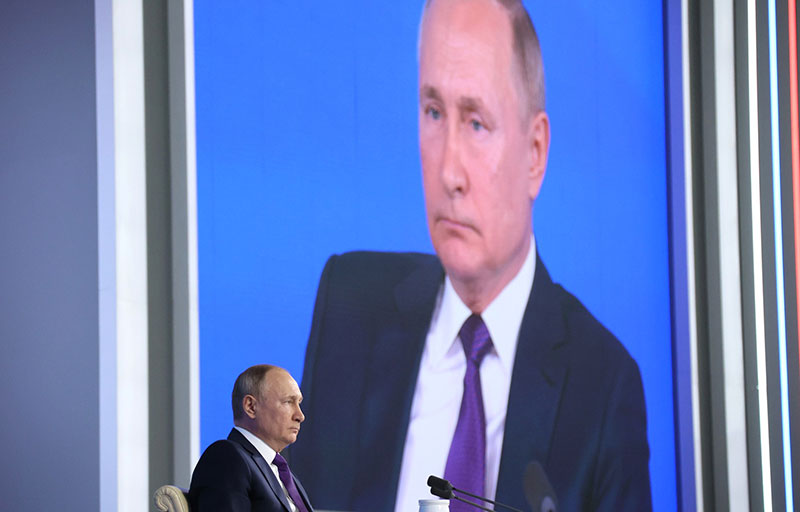 JOURNALISTS CONDEMN
VLADIMIR PUTIN, The President of the Russian Federation

The journalist killed in Ukraine by the armies of President Vladimir Putin in Ukraine:

– Alexandra Kurshinova (a member of the Fox News crew),

The journalists wounded by the armies of President Vladimir Putin in Ukraine:

Dozens of foreign and russian journalists have lost their lives in Russia under the Putin regime:

– Igor Domnikov, and sadly many more

The Committee to Protect Journalists (CPJ) called Russia “the third most dangerous country in the world for journalists”.

– For forcing the world to a Third World War by attacking independent state of Ukraine and threating to use nuclear weapons;

– For barbaric destruction of peaceful Ukrainian cities and killing thousands of Ukrainian civilians, including children, women and the elderly;

– For the unspeakable bombing of Mariupol, Nikolaev, Kharkiv and Kherson, only comparable to the bombing of Guernica by Hitler’s air force in 1937;

– For forcing more than four million women, children and the elderly to flee Ukraine,

– For making the people of Ukraine to hate Russian and Belarusian people for years if not decades to come;

– For making the people of Russia feeling of completely unreasonable hatred towards the Ukrainian people;

– For deliberately turning the Russian Federation into a rogue state of the civilized world;

– For the plundering of Russia’s natural resources by the gangster junta of the so called corporation “Lake” and their henchmen;

– For making the people of Russian Federation to hate each other;

– For forcing intellectual and educated young people to flee from Russia;

– For turning young people, who stayed in Russia, into cannon fodder.

For all crimes of VLADIMIR PUTIN (born in 1952, lives in Kremlin, in the government “dacha” “Bocharov Ruchey”, in a secret presidential palaces and in a top-secret armored bunker), I propose to my colleagues to declare

with the obligation to add “may the name of the criminal be erased in history” at every use of his surname in publications.

We, the journalists, do not have the opportunity to close the skies over Ukraine or supply its army with military aircrafts and offensive weapons, but we can however and must name a criminal and a murderer of our fellow journalists a murderer!

In my publications, I begin this immediately and demand to all my fellow journalists to join this initiative.