It would seem that every day there are more and more questions and some cling to others. For example, Amnesty International declared Alexei Navalny a prisoner of conscience, and then canceled it because, in its opinion, some of Navalny’s distant statements contained “hate propaganda.” That is, he is not to blame for what he said yesterday, but for what he said 10-15 years ago. It is known that the status of a prisoner of conscience is, to some extent, a security certificate for a convicted person. But it is even more important for those who seek his release. Amnesty International is doing just that. This means that it harms both the prisoner and itself, its own image. And if you take away what you have given, it means that you do not understand the conditions in Russia. But I know them — a former Soviet prisoner of conscience (1983-1987) and a former secretary of the AI Moscow group. Once, very possibly, Navalny made inappropriate statements. But in recent years, in the fight against corruption in the highest echelons of our government, he won such visible support that there was even an attempt to kill him. By the way, the American president called our president a killer. And he in return only wished him good health. 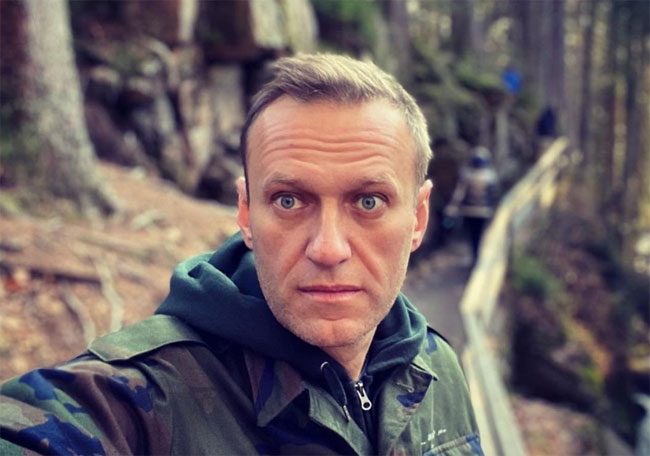 So we need to start by explaining our special conditions.

They are as follows: all newcomers to the forced labor camp are sent to “quarantine,” where they are beaten by other prisoners, members of the IOS (Internal Order Section), persuading them to join the IOS, that is, trampling on human dignity, forcing people to give up their rights, and, at the instigation of the administration, to scoff at those who do not refuse them. Those who agree to this are promised some benefits. And yet, political prisoners in the camp have not been beaten before. They were sent to the general regime camp, where it is easier, with the help of the “necessary” convicts, to invent a new crime for them, if they did not agree to repent of the previous one. That is, the result was a modification of the same simple scheme to take away from a person his rights and dignity. In all likelihood, this is the path prepared for Navalny.

This scheme in relation to Navalny has already been used before in the form of “completely humane”: the servant of the system, the judge gives him a conditional conviction, so as not to be elected anywhere, but to have freedom.

The conflict between Navalny and veteran Artemenko follows the same patterns. Navalny asserts Artemenko’s right to a higher pension, and Artemenko agrees with the little he has. Not wanting to achieve more, and acting on the side of the authorities, he is confident that in the end he will win something. One believes that all people are equal in their dignity and rights, while the other knows that this is not at all the case in life. One is in prison, but internally free, the other is free, but an invalid of that war, where we have not been and in fact do not know anything about it. The archives are closed for us.

And now the authorities are sending Artemenko to protect themselves from Navalny. Before he defended Soviet power, let him now defend the current power … But for some reason Navalny is being tried by the police, it seems, even with two judges (?): One in the police, the other at the bedside of the sick Artemenko in his apartment. Artemenko is on trial for insulting but in fact, for the fact that he showed how it works on a national scale, the same simple scheme of taking away from people their rights, as a result of which those who take away their rights are insatiably rich at the expense of citizens. Is not it? Alexei Navalny is on trial for insulting a veteran, at the same time, for some reason, some metro stations and some streets are closed?

Someone may think that in vain Navalny offended the veteran. But if he had not offended, we would not have seen our justice “in all its glory.” Although the veteran must be understood. He remained alive in a war that none of us had seen. Usually, the authorities remember the veterans on Victory Day. On this day, they needs parades, fireworks and stories about our exploits. But these people knew the war completely different. Once upon a time, two people came together, so different that they would just fit to fight against each other, but they fought side by side. These two people are the former President of America, General Eisenhower, and our illustrious Zhukov. They talked about the war, about the one where the veteran Artemenko was able to survive, and 85 thousand 942 young guys returned from as “samovars”. They were called “samovars” because they had no arms or legs at all. And where did they all go afterwards, I do not know.

And here is what Eisenhower writes: “Marshal Zhukov once remarked to me “…When we run into a minefield, our infantry continues the offensive as if it were not there. We regard the losses incurred from antipersonnel mines as equal to those that we would have suffered if the Germans decided to defend this area with a dense concentration of forces…” I vividly imagined what would happen to any American or British commander if we used similar tactics, and even more vividly imagined what the soldiers of any of our divisions would say about, if we made such a method part of our tactics “. (Quoted from: Dwight D. Eisenhower, “Crusade in Europe,” The John Hopkins University Press. (In the Russian translation of Eisenhower’s memoirs (published in 2000), such passages, which are especially interesting to the Russian reader, were removed).

And someone will say that it is unnecessary to recall this conversation, because war is a separate topic. However, this topic invisibly creeps into all our problems so far. And we need to understand where Artemenko returned from alive, and why he still did not want to participate in the trial of Navalny, as if he felt there for himself some kind of minefield. He knew the true, not bookish truth about the war.

It is clear that when we were retreating we had to abandon the wounded, not to bury the dead. And what happened when we attacked? Then, in 1943, People’s Commissar of Health Georgy Miterev, described in a report to Molotov the plight of the rear hospitals. The authorities are not interested in this truth. And for me it is very important. I think the fact is that Stalin urged our illustrious Marshal Zhukov very much. He wanted to free more countries from the Nazis, and he needed Zhukov to think the way he thought. However, Stalin, (as well as nowadays Putin) wanted others to think that had nothing to do with that. This is my separate topic.

I address this letter to everyone in the world. After all, Navalny returned to Russia, knowing that he would be tried, he returned in order to prove in court that our government is absolutely shameless. And he proved it. And when Navalny returned, the authorities did not even know where it was better for them to land his plane. They were frightened by his courage and immediately declared not themselves, but Navalny inclined to escape. However, they were shameless before, and always tried to make us become shameless.

But Navalny is freer even in prison than those who put him there, and he helps us feel this freedom.

I think that both the prison and the president in the country should be such that the president could not only be taken from the prison, but also sent there if he deserves it.

Amnesty International does not consider him a prisoner of conscience, But he is a Prisoner Conscience for all of us. The only difference is that some are not afraid to say this, while others are afraid. He had already been tried once for a crime that he had never done. It means that the fact that he was tried is a crime.

And it turns out that we have something to vote for. We need an indelible list for those who demand Navalny’s release. And also the same for those who ask our president for his release.